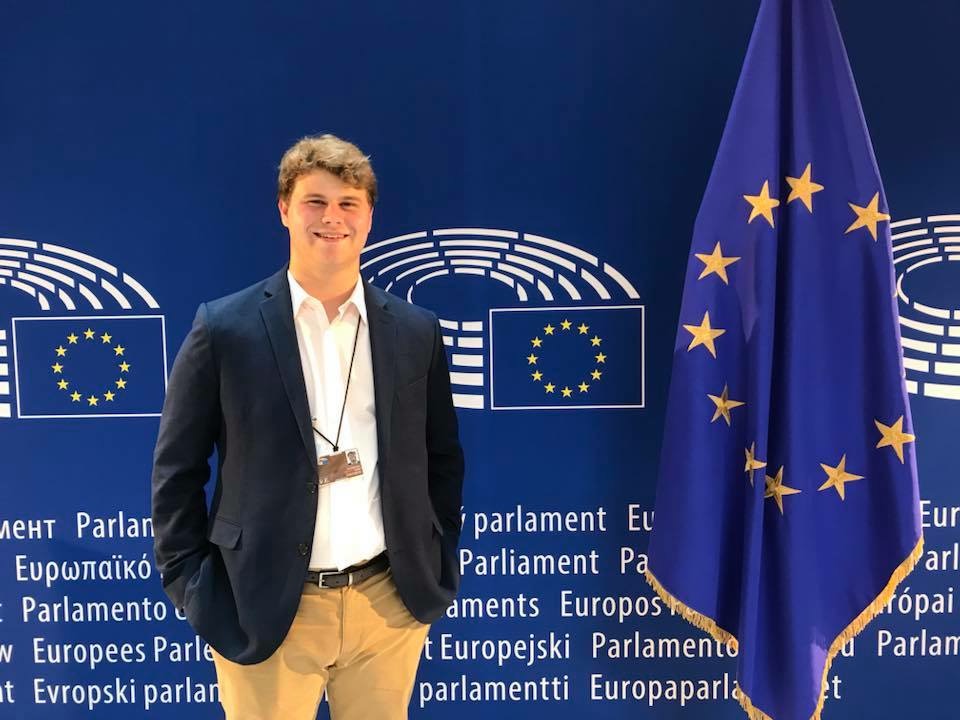 I spent my two months in Brussels interning the European Parliament and then completed a one-month-long personal backpacking trip afterwards. My first two weeks as an intern involved learning about the European Union. I spent my days reading the old treaties, exploring the Parliamentarian museum and attending meetings for the Planning Unit in the European Parliament. My supervisor during this time in the planning unit was from Spain and had a strong interest in American politics; we had many great conversations about the current political climate in the United States, and we also had many opportunities to converse in Spanish. After my first two weeks, the interns all went to Strasbourg, France, where the plenary sessions are held once a month. During this week, the interns were immersed in the plenary session. It was an incredible experience to be able to watch European legislation being passed and listen to the various debates over several controversial topics, such as data protection, tariffs and human rights.

One of the highlights of my time in Strasbourg was the weekend event called the European Youth Event. This event brought 8,000 young Europeans together to participate in debates and engage with politicians in the European institutions. I attended several conferences and programs and I was really impressed with this event because politicians in the European Union invited the youth to come make recommendations for different EU policies. In the workshop I attended about EU-ACP trade relations, we got to work in teams and draft recommendations for the future trade deals between the EU and African, Caribbean and Pacific countries. Our ideas were compiled and shared with the Members of Parliament as they prepare for the 2020 trade negotiations. This event was really inspiring for me, and I wrote an article for the News and Observer that got published back in June.

Upon my return to Brussels, I began my work in the interinstitutional relations unit. My main role was to watch and cover events related to Brexit, write reports on the events, and send them to my supervisors. These reports were used to support the Brexit Steering Committee in the European Parliament during the Brexit negotiations between the European Union and the British Government. I covered events that varied from Press Conferences to Prime Minister Questioning sessions to expert testimonials in the UK House of Commons. I was entrusted with confidential information during the time of my internship; I had vast access to databases and files, as well as assisted on projects that dealt with confidential information. This was an extreme privilege, especially as an intern. Overall the internship was amazing, and I am so thankful for my co-workers and supervisors for taking the time to teach me about the European project.

I met so many dedicated civil servants and young people who want to make a difference for their home nations and the European continent as a whole. Seeing their dedication was inspiring, and their passion has given me a lot to consider in my senior year as I am selecting a career path. I am grateful for this summer opportunity, and I am looking forward to the adventures ahead. Thanks to some funding from both the School of Media and Journalism and the Global Studies Department, I was fortunate enough to have the most wonderful summer working in Brussels, Belgium.