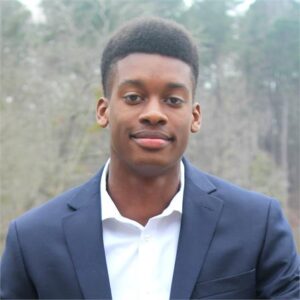 This summer, I had the opportunity to study Advanced Arabic through the CET Jordan Virtual Intensive Arabic Language and Culture program. Going into this experience, I had serious doubts about the effectiveness of virtual language learning and was quite nervous. However, I was eager to improve and felt a strong sense of urgency about challenging myself as a student of Arabic in ways that are not always possible within a traditional classroom setting. I certainly got what I wished for: this would not be a traditional classroom experience for several reasons.

First of all, we honored a part-time Arabic pledge which extended from class time to group chats to emails sent to program faculty. Thus, I immediately had to restructure my approach to expanding my vocabulary. I recall asking on Orientation Day how one might learn new words beyond those taught to us without using English to pose the question. The program director reiterated that there would be no English WHATSOEVER – if I wanted to know the word sandwich in Arabic, I would ask in Arabic, “what is the word for the food that is made up of two pieces of bread with meat or vegetables in between”? That’s when I knew I was in for a challenge, and likewise that I was in the right place.

Secondly, I transitioned from a setting where I was used to having a clear sense of what was expected of me and an accompanying confidence in my work to what felt like unchartered territory. The program had taken a chance by placing me into an Advanced course and, therefore, I entered the first day of classes intimidated by the prospect of being surrounded by more experienced peers. I can recall the feeling of anxiety induced by discovering that my two classmates would be a heritage speaker and a student who had formerly studied abroad in Jordan. As a result of this perceived incongruence between my prior knowledge and that of my peers, each reading was frustrating. Each unfamiliar word I encountered felt like a shortcoming rather than a reward because I was convinced that my classmates possessed a more extensive vocabulary than I and would encounter new terms much less frequently.

Despite my initial feelings of inadequacy, these likely misplaced fears of underperformance made me push myself further than what would otherwise have been possible – I had something to prove to myself.

At some point in those eight weeks, I reached the point of no return. I don’t mean that I had contemplated quitting the program at some point, but rather that I realized I didn’t think I could be content in a setting where I was presented with a challenge lesser to the one I was confronted with this summer. As we reached milestones such as writing our first research paper in Arabic, viewing episodes of Arabic shows, and reading our first Arabic novel, Al Yehudi al-Haali, I began to feel that I was breaking down barriers which had previously served as excuses, such as the thought that I wasn’t ready to read a novel independently or watch shows without subtitles. Essentially, I realized that I would never be at a loss for new challenges, with or without formal instruction, in Chapel Hill or in the Arab world.

Over the final two weeks, the end had begun to approach at a pace that was at once painfully slow and startlingly abrupt. Admittedly, I was reaching a point of exhaustion, especially as I began to juggle training for my fall semester job, final projects for another summer commitment, and preparation for CET’s major assignments. Nonetheless, where I had doubted the extent of my progress throughout the semester, I finally felt that I could step back and appreciate how far I had come over the course of the past 6 weeks. On the penultimate Thursday, I presented to my class research on the obstacles to Palestinian refugee rights in Jordan and the ethical role of international human rights organizations and foreign states in overcoming these obstacles. I couldn’t help but think back to the day when the 12 page paper was assigned and the state of disbelief that captivated me thereafter. Upon reflection, I grew confident that I would be ready to handle anything that was thrown at me in the coming weeks and beyond.