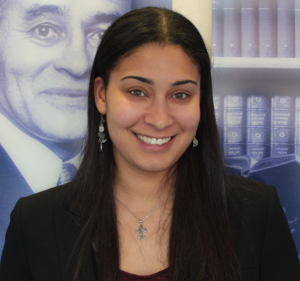 Ryan Caldwell joined the UNC Chapel Hill community as an undergraduate in 2005,  earning a double-major in International Studies and French. As a freshman at Chapel Hill, Caldwell decided she wanted to live outside of the United States and work in international affairs. Caldwell remarks that at the point she did not, however, have any idea how to go about that process, what jobs were available or what skills would be need to be successful in this field. The Global Studies program at Carolina proved to be her North Star. Through the robust and varied curriculum, Caldwell was able to identify specific regional and issue areas that grabbed her interest. Through her study abroad experience in Fall 2007 in Montpellier, France, Caldwell discovered that she had both the capability and the yearning to learn and operate in new languages, cultures and societies. Through interactions with her fellow Global Studies colleagues, Caldwell gained a better sense of the world and how interconnected we all are. During her years at Chapel Hill, Caldwell was a member of the Alpha Kappa Alpha Sorority, the Black Student Movement and the National French Honor Society.

Since graduating in Spring 2009,  Ryan Caldwell interned at the White House during President Obama’s first summer in office (2009). After the internship, Caldwell clerked for the House Committee on Homeland Security (2009-2011). In 2011, she became the staff assistant for Congressman Al Green (Texas), where she remained until she was politically appointed to the U.S. Department of Agriculture. At USDA, Ryan was a Legislative Analyst and worked with the Foreign Agriculture Service and the Research, Economics and Education portfolios.

In 2013, Caldwell received the Charles B. Rangel Fellowship to attend the University of Texas in Austin, where she received a Master’s in Global Policy Studies. Thereafter, Caldwell began training for the United States Foreign Service. Currently, Caldwell serves as a first tour officer at the Embassy in La Paz, Bolivia. Ryan also serves as a Political Officer, her work portfolio includes Human Rights and Labor issues. Ryan Caldwell will be stationed in La Paz until May 2018.

Caldwell believes that she would not currently be a United States diplomat without the influence, skills, and direction the Global Studies program provided her during her time at Carolina.