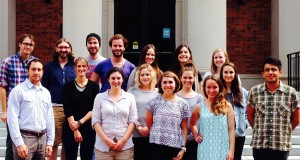 This semester the Curriculum in Global Studies welcomes the inaugural cohort of students in the Global Studies MA program. The two-year interdisciplinary applied research degree combines scholarly rigor with practical skills to analyze trans-regional and trans-national themes, events, and processes that affect states and societies around the world. Students in the program will choose to concentrate in one of three thematic areas: Global Economics; Global Politics, Institutions, and Societies; or Global Migration and Labor Rights. Ten students from the United States and abroad started the program this semester.

The Global Studies MA program also welcomes six new students in the Russian, Eurasian, and East European Studies (REEES) concentration, which is administered by the Center for Slavic, Eurasian and East European Studies (CSEEES). Building on 15 years of success as the MA in Russian and East European Studies (RUES), the REEES concentration will continue to offer a regional and language specialization. Students in the innovative REEES track will gain the opportunity to situate their training and knowledge in a larger and a more comparative framework, working side-by-side with Global Studies MA students pursuing other concentrations. We are delighted to welcome the inaugural cohort of the REEES Concentration, and we also wish to warmly welcome back the nine students who are the final cohort of the MA in RUES.

Sasha Seymore of New Bern, North Carolina, is a Global Studies and Economics double major with a minor in business administration, who is researching NGOs that use sports as their primary method of affecting change. Sasha’s research primarily focuses on the purpose and scope of these “Sports NGOs” while providing commentary on the best practices for sports NGOs to utilize, and includes interviews with global sports NGO leaders, a scan into corporate philanthropic giving, and surveys of sport NGO participants.Sasha is an avid sports fan—having played both club soccer and JV basketball at UNC—and became interested in the role of sports-based NGOs in society after dribbling a soccer ball across the state of North Carolina. The project, Kicking Across Carolina, was completed with two other students to promote religious tolerance and raise money for a soccer-based NGO in the Middle East. Sasha is studying as a Morehead-Cain scholar and was inducted into Phi Beta Kappa in spring 2014. He currently serves as Senior Class President and President of the UNC Dozen Doughnut Dash, and is a Buckley Public Service Scholar with more than 300 hours of public service to his church and local Chapel Hill elementary schools. He has studied, volunteered, and traveled widely in Ukraine, Brazil, South Africa, Botswana, Tanzania, China, and Taiwan.

Layla Quran is a Global Studies major who has researched how U.S. military involvement in Iraq has influenced sectarian walls, both physically and psychologically, between the people of Iraq. Her project, “Voices of Iraq,” arises out of her investigation into this issue. Quran’s research was developed in conjunction with Duke University’s BorderWork(s) Lab, which attempts to analyze the physical and psychological consequences of barriers in the modern world. The most rewarding aspect of her research was the opportunity she had to interview Iraqis who had lived through the Saddam Hussein regime and the subsequent U.S. invasion. She includes some of these in her comprehensive website that details her work. 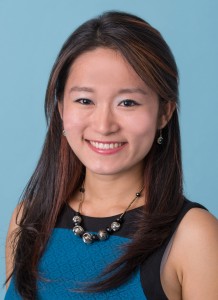 The Phillips Ambassadors is a program of UNC’s Carolina Asia Center, in association with the study abroad office. Phillips Ambassadors are selected twice a year and receive $5,000 each. Selection is based on strong communication skills, intellectual curiosity and engagement, academic achievement, evidence of generous service to the campus and wider community, and a previous record of leadership. Yanshuo Wu of Tianjin, China, a Global Studies and Psychology double major with a minor in business administration, was awarded a Phillip  Ambassadors scholarship for study abroad during the spring 2014 semester at the Chinese University of Hong Kong. Michael MacGregor of Charlotte, a Business Administration and Global Studies double major with a French minor, was awarded a Phillips Ambassadors scholarship for study abroad during summer 2014 through the UNC Kenan-Flagler Business School: Chinese University of Hong Kong program.

Izaak Earnhardt is a Comparative Literature and Cultural Studies double major. He has studied the imprint of Italian fascism on D.H. Lawrence’s late fiction and travel writing through work in Italy and archival work at the University of Texas at Austin. He is currently working on an honors thesis on Roberto Bolaño’s novel 2666, focusing on a conjunctural analysis of Mexico’s Ciudad Juárez in the late 1990s and Bolaño’s engagement with surrealist poetics. He is a returning teaching assistant for the Global Studies department’s Great Decisions class, and he looks forward to applying valuable lessons from that experience to teaching a C-START class on American prison writing in global context in Spring 2015.

Danielle Allyn is a Global Studies major with a second major in Sociology and a minor in Public Policy. Danielle’s studies focus on international politics and social movements in Sub-Saharan Africa, and while at Carolina she has interned with a community-based education organization in Uganda, as part of the Bureau for African Affairs at the U.S. Department of State in Washington D.C., and with the fair-trade sewing cooperative MamAfrica Designs, an initiative established to empower survivors of sexual and gender-based violence in Bukavu, South Kivu, Democratic Republic of the Congo (DRC). Danielle also works domestically as a policy advocate for the DRC through the Washington-based human rights organizations Enough! And STAND. Most recently, Danielle spent two months in eastern DRC researching the impact of United Nations (UN) peacekeeping operations in protecting civilians in Congo’s South Kivu province. You can read about her experience in eastern Congo through her personal blog and a feature published by the Christian Science Monitor.

Cristina Bernardo graduated from UNC in 2005 with a bachelor’s in Global Studies and a minor in Business Administration at Kenan-Flagler. She then attended the London School of Economics where she earned her Master’s in 2012 in Political Economy of Late Development. After LSE, she completed the NexGen fellowship in South Africa with Emzingo. Emzingo is a leadership development and social impact firm that brings top graduate students from across the world to do consulting projects with a nonprofit or social entrepreneur in a developing country. Cristina worked with an orphan and vulnerable children center in the heart of Soweto and then with another Emzingo partner, The Zazida Institute of Entrepreneurship. Following her time in South Africa, Cristina traveled to Peru to lead Emzingo’s Peruvian summer fellowship.

Today Cristina is back in the U.S. working as the head of Emzingo’s academic business development. From her experiences, Cristina says, “I really have learned that business and the private sector can have a very large and positive impact on society and poverty reduction. I am glad that my studies at UNC have brought me to where I am today.”

Keep up with Global Studies news and events!