Citizenship without Duties: The Role of Duties in the Framing and Functioning of Contemporary Citizenship 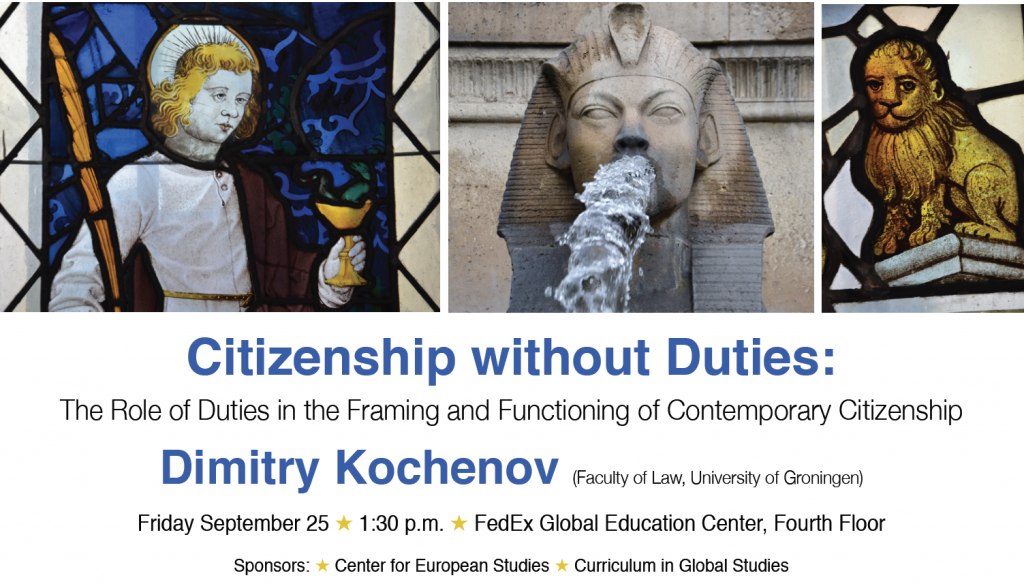 Many believe that duties should be at the center of citizenship. Kochenov dismisses this view, using the theoretical reconstruction of the evolution of citizenship as a legal-political concept as well as the critical account of the historical functions of the duties of citizenship, which are repugnant to the idea of freedom and respect of difference. The general context of European Union law provides the main case-study for his analysis which is valid in the context of all the modern citizenship regimes in post-industrial democracies. Professor Kochenov’s research focuses on the foundations of EU law to go beyond the Treaty text: justice, equality and respect—and on the broad implications of EU citizenship and principles of law for the evolution of the essence of the European legal space. He is interested in the growing role of the individual in the EU legal order; the development of the application of EU law in the Overseas territories of the EU and EU external relations law most broadly conceived.  He is spending the 2015–2016 academic year as a LAPA fellow at the Woodrow Wilson School at Princeton University.